Ep 5: Climate crash course pt 3 - Who’s in charge and why is it still a problem?

For the past couple of weeks, we have been doing a “climate change crash course” that provides a foundation on the issue and why you should care. Climate change has the force to alter the earth’s systems as we know it. All over the world, countries will experience severe natural disasters, population displacement, and a decrease in public health, among many other implications. It has a global impact, but developing countries and vulnerable communities will carry most of the burden. And their challenges will be felt by the rest of the world. It is hard to believe that a crisis so detrimental to the global community has not been solved already. This week, we will discuss the complexities of addressing climate change and examine the effectiveness of current efforts.

First and foremost, government and international action is the key to solving climate change; however, the nature of climate data makes it hard for scientists to convince decision-makers. Climate data has to be collected over a long period of time, at least thirty years, for trends to show and impacts to develop. This time range is necessary for scientists as they have to account for the Earth’s natural climate fluctuations and the lag time between our actions and the climate’s response. The lack of immediate evidence and consequences downplay the severity of the issue. Scientists have to rely on prediction models to convey the urgency of the crisis. Still, estimations have not been enough to convince governments and policymakers to make decisions that seem expensive and radical.

Mitigating GHGs and enacting climate policies are preventative measures governments can implement now to reduce climate change in the future. However, the enforcement of preventative measures has its challenges. Being proactive to an issue is less glamorous and heroic than combatting one in the moment. Micheal Wucker, in "The Gray Rhino: How to Recognize and Act on the Obvious Dangerous We Ignore," claims that “voters reward politicians for fixing problems, but rarely for preventing them.” Preventative measures can seem tedious or unnecessary when the climate crisis is unprecedented and invisible. And the outcome of prevention is just as invisible as the issue itself. “If you do things right, it means you’re never proven right because you’ve prevented bad things from happening,” said Emilie Mazzacurati, Founder and CEO of Berkeley-based climate risk analysis firm Four Twenty Seven. While preventative measures are more affordable than responding after the effects, it is a lot harder to sell.

The regulation of greenhouse gases is complicated to implement as the scale of emissions is colossal, and their sources are spread globally. Commitment by individual states is not enough, especially with accountability. Involvement at the international scale is the only way to reduce these emissions and slow climate change effectively. However, voluntary commitment is hard to ensure. Self-interest is the primary concern that prevents countries from adopting climate policies and renewable energy. Climate policies can be costly to implement and could shift global economies. The course and magnitude of these shifts cannot be certain but can threaten various industries. The fossil fuel industry is extremely lucrative and has been historically known for lobbying against climate policies to reduce greenhouse gas emissions. These groups go beyond business and have become political forces as well.

In some cases, climate change policies are not feasible for countries to enact, especially in developing countries. Some countries may have issues that are prioritized higher than reducing greenhouse gas emissions, while others might rely on unsustainable industries for income. Insufficient resources might also prevent a country from transitioning to climate policies. In a general debate among the UN’s Second Committee this past fall, Botswana’s delegate stated the country was currently experiencing a climate change-related drought, which has severely hampered many developing nation’s efforts to achieve the Sustainable Development Goals.

There is also an ongoing debate on the “right to development,” which discusses the role of industrialization. Many wealthy countries developed at the expense of minorities. In the context of climate change, developing countries have the right to their economic, social, and cultural development without being penalized for not meeting prevention measures or enacting certain policies.

Strong global-coordination, compromise, and organization are necessary for mitigating greenhouse gases as there are economic, social, political, and moral implications to climate change and the policies to combat it. Collective international cooperation could support and include developing countries. Responsibilities and regulations could be proportionate to the financial capabilities of nations, which would take off the pressure and provide realistic timelines for developing countries to meet their goals.

We have seen successful global cooperation and environmental improvement with the Montreal Protocol (1987). This treaty successfully banned the use and production of chlorofluorocarbon (CFC) worldwide, which stopped the depletion of the ozone layer. According to the UN Environmental Program, “The Protocol is to date the only UN treaty ever that has been ratified by every country on Earth - all 197 UN Member States.” The Multilateral Fund for the Implementation of the Montreal Protocol ensured full participation by providing financial and technical assistance to developing countries to follow the Protocol’s control measures. Since the ban of CFCs, the ozone hole has shown signs of healing. The success of the Montreal Protocol is an excellent example when global climate action and cooperation works.

Similar to the Montreal Protocol, we have The Paris Climate Agreement (2015), which is a universal accord that aims for the mitigation of climate change and greenhouse gas emissions. Kenya is one of 189 states that have ratified this agreement. The agreement follows the Intended Nationally Determined Contributions (INDC), where countries will submit and publish their contributions that are realistic and in the context of their national priorities. INDCs allow for conducive and constructive collaboration between national and international decision-making on climate change. Similar to the Multilateral Fund, the Paris Agreement has the Green Climate Fund, which aimed to contribute roughly 10 trillion Ksh by 2020. So far, only 1 trillion Ksh has been donated. The Paris Climate Agreement is fairly new, so its success is still undetermined.

Global efforts are being made to combat climate change; however, some challenges prevent immediate action. What the Paris Climate Agreement can learn from the Montreal Protocol is the necessity of 1) clear communication and advocacy across the public and scientific sectors; 2) urgent global support and action that meets the demand of the crisis; and 3) innovation amongst industries to work harmoniously with climate policies. However, it should be noted that the context of both is different and requires different ramifications. With current events with COVID-19, initiatives are likely to be halted. It is our responsibility to continue advocating, so the climate movement does not lose momentum. 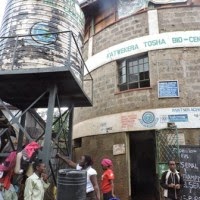 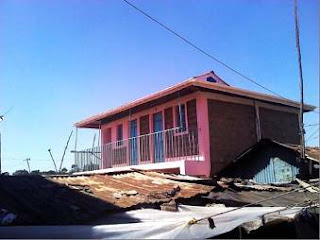 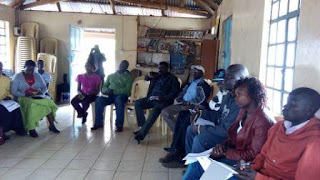